NATALIYA MEDVEDOVSKAYA: “Hello ladies and gentlemen, and thank you so much for coming. It’s such a pleasure for me to be back to play for all of you in person.Today I’m going to perform my Aria of the Fairy of Doubt with my singer soprano Anna Voevoda.

The aria is a part of an award-winning opera that is called, “Woman journalist”. This opera was written by a librettist Lubava Malisheva. She lives in Spain right now. She herself was a journalist.

So, as a result, just in 1 month, the whole opera was finished. It was pretty smart of her. Then we received an award at the Dunaevsky international competition in Moscow last year.

You have the synopsis in your program, I can read it for you if you want.

So, just in a nutshell, the Fairy of Doubt is the inner voice of the journalist, who is the main character of the opera. The journalist is working in an editorial office, and her boss is pushing her to write some Soviet propaganda. She realizes that it’s wrong, and she doesn’t want to do it. So she has 2 choices: either to stay at her job and write all the lies that would lead to more crime, murders, especially of women, it’s called femicide, or she has a choice to quit this job and to stay honest, but then she would be poor, like she’s a single Mom, you know.

So, this Fairy of Doubt is the inner voice of the journalist, her conscience, and this is where fantasy starts.

My singer is going to sing it in Russian, I composed it originally in Russian, and I translated it from Russian to English. Ok, let me tell you:

And we, and we were children
And fell into nets,
Traps and snares,
And we were sitting under a lamp
With a book to read,
With an armpit thermometer,
And the flock of butterflies and moths
Flew around us.

And we will be asked some day:
Where the wind carries us
(Like what are we doing?)
And where are we rushing,
where are we running at the full speed?
To play children’s games named
Catch-up, sorceresses and tagers?
And yet, which direction should we take
And where should we sail?” 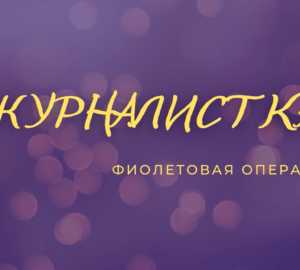 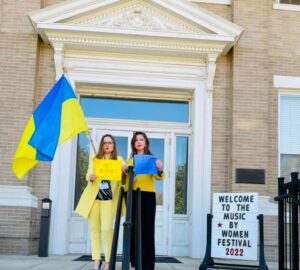 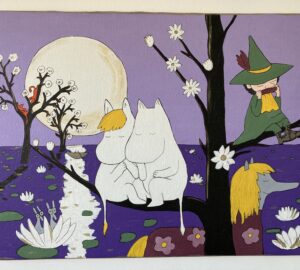