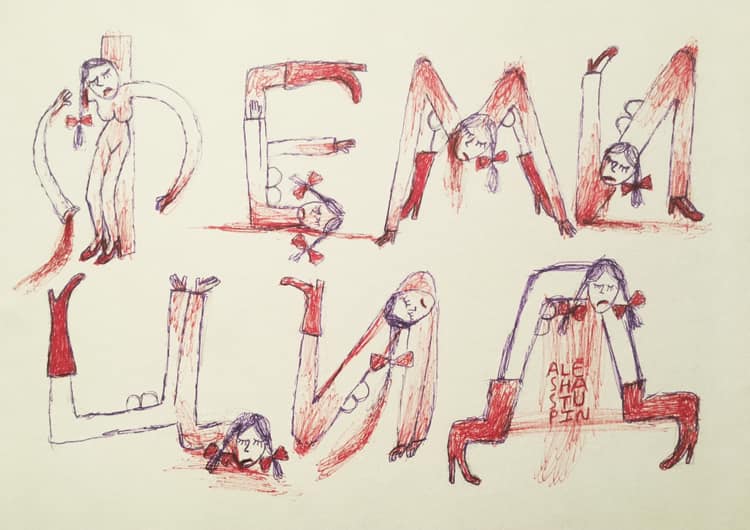 In 2019 was launched the project against femicide in Russia — femicid.net. We study news about femicide from open sources — these are the media and websites of government sites. During this time, we have published several reports (including reports for the UN), lectures, articles and a monograph text about the situation in Russia. In addition to collecting statistics, we have always described in detail our methodology and women’s rights situation in Russia. We have helped develop femicide projects in other countries (Ukraine, Kyrgyzstan) and are collaborating with two international networks against femicide. We are making a photo memorial for the victims of femicide in Russia and open database of russian news about femicide.

There are no public or other femicide statistics in Russia apart from our project. The state completely ignores femicide even at the level of use of this term (it is not used). The use of the word ‘femicide’ in the Russian media is counted in dozens of articles, and these texts are always inspired by our project participants or relate to the situation outside of Russia.

We have developed a working classification, which includes all studied aspects of femicide. We also have published a book with a detailed explanation how to use this classification (available in the public domain).

One of our projects is devoted to the influence of media on femicide, in addition to studying femicidal frames in the Russian media, we are conducting an educational campaign, in which, in particular, we wrote a collective women’s opera `The Journalist’ against femicide (16 women-composers).

As of July 25, 2022, the statistics of femicide in Russia are as follows. In our database, there is 931 news on femicide for 2018, 1766 for 2019, 1707 for 2020, 1413 for 2021, and 678 for 2022. For 2020 and 2021, we also calculate coefficient of femicide reported in news CNF and (coefficient of femicide committed by acquaintance reported in news CNFi (when killer and victim know each other). We consider all macho attacks on women that did not end in murder as unfinished femicide. Accordingly, we calculate the coefficients of incomplete femicide committed by acquaintances CNNFi and strangers CNNF. All coefficients are calculated per 100,000 women. All our statistics are posted in the public domain. By studying thousands of articles, we find up to 167 unique femicide news per month.

*A special data deficit artificially created by the authorities of the region. There is also a similar deficit in other regions, but to a lesser extent.

Methods of femicide, 2020. In 2020, in 625 cases, the victim died from beatings, in 595 cases she was stabbed to death, in 150 she was strangled, in 48 she was shot, in 39 she was hacked to death, in 18 she was thrown from a height, in 13 she was drowned. 5 women were killed by traffic accidents, 3 were frozen, 3 died after being raped, in isolated cases were used explosions, gas, driving to suicide, acid, boiling water, neglect, torture. 84 women were killed by fire, 24 were dismembered. In 89 cases, nothing is known about the method of femicide.

We’re documenting previous convictions of the killers. In 2020, in 72 cases, murderers had ≥1 convictions, in 6 cases ≥2 convictions, in 10 ≥3 convictions. In 167 cases, the exact number of convictions was not known, but it was known that the killer had been tried “multiple times”. At the same time, there were 110 cases when the killer was previously convicted of macho violence.

In 2022, we have significantly expanded the number of criteria studied in each case to 43.

The attempts of our project to draw the attention of the Russian society to the femicide nature of the politics, culture and media of the Russian authorities were unsuccessful. On February 24, 2022, a new phase of the war with Ukraine began — Russia attacked new Ukrainian territories.

In this regard, we consider it important to talk about 4 points:

Although the data is not complete yet (they come with a delay of 2 — 3 years), we can talk about some trends.

Media. The flow of news has changed — government websites began to publish news about the war more often, cases of femicide were less frequently mentioned.

Translocation of killers. The movement of men from poor regions, marginalized strata to the war theoretically reduced the risks of being killed (by these men specifically) for women inside Russia. These men have become dangerous for Ukrainian women. At the same time, the growth of poverty, alcoholism, criminalization, and unemployment increased the risk of femicidal incidents from men remaining in Russia. We will certainly see the so-called “femicide for export” that will follow the emigrants from Russia. And a new level of cruelty towards Russian women by war criminals who have returned home. In the border areas, the impact of the war is still noticeable today.

15.7.2022 “Denis Mashonsky is suspected of mass murder and attempted murder of one child. Earlier, in the village of Novaya Sokolovka, the bodies of four people were found: Vladimir (37) and Svetlana Belyaevs (26), Olga Kotlyarova (24) and a still unidentified boy (3). Next to the bodies was a wounded girl (4) – the perpetrator shot her in the neck.”

How did the above affect the overall picture of femicide? There were more cases, the ratio of femicide methods, the relationship between the victim and the killer, the place of the murder (for example, they began to kill less in the victim’s house, but more on the street), the method of murder (the cruelty increased) changed.

Changing the speed of sentencing. After the start of the war, the Investigative Committee began to publish a lot of news about sentences passed 1 — 2 months after the commission of crimes, about «solved» crimes of past years. Whereas before the verdict passed more time. It can be predicted that by the end of the year there will be more harsh sentences — compared to previous years — handed down this year.

The femicide that spilled onto the territory of Ukraine reveals the level of cruelty that is traditional for Russia. Military femicide (completed (murder) and incomplete (in particular, rape)) as part of Russia’s military strategy was announced by Prosecutor General of Ukraine Irina Venediktova https://interfax.com.ua/news/general/839521.html , Commissioner for Human Rights Lyudmila Denisova https://vikna.tv/ru/video/ukrayina/rossijskie-voennye-nasilovali-detej-denisova-rasskazala-ob-uzhe-izvestnyh-sluchayah/, President of the Ukrainian human rights organization “La Strada” Ekaterina Cherepacha. https://www.svoboda.org/a/ukrainskih-bab-nasiluy-voyna-desantnika-bykovskogo/31801593.html

“The Prosecutor General of Ukraine, Irina Venediktova, accused Russian President Vladimir Putin of having developed and approved a strategy for waging a war aimed at the brutal destruction of Ukrainians. According to Venediktova, the Russian troops have a plan in advance to torture, rape and execute Ukrainian civilians who refuse to capitulate.” https://war.obozrevatel.com/mobilizatsiya-kak-nakazanie-ne-unizhajte-motivirovannyih-bojtsov-iduschih-zaschischat-rodinu.htm

Military femicide in Ukraine was accompanied by justification, denial, shifting the blame onto the Ukrainians themselves. This was evident in regime media and social networks. Some hailed it as a method. Pro-Putin media and blogs published a huge number of interviews with women (allies of the patriarchy) who supported the war. As well as interceptions of conversations where the soldiers boasted of the booty of marauders — in one of the intercepts, the wife advised her paratrooper husband (Olga and Roman Bykovsky) to rape Ukrainian women “So, you go there, rape Ukrainian women, right? And don’t tell me anything.” https://www.svoboda.org/a/ukrainskih-bab-nasiluy-voyna-desantnika-bykovskogo/31801593.html

Trials of rapists are already underway in Ukraine – in particular, over soldier Mikhail Romanov https://www.facebook.com/VenediktovaIryna/posts/399430222194652

Lists of war rapists are published on the government website https://gur.gov.ua/content/voennye-prestupnyky-neposredstvenno-uchastvuiushchye-v-sovershenyy-voennykh-prestuplenyi-protyv-naroda-ukrayny-v-h-bucha-voennosluzhashchye-64-otdelnoi-motostrelkovoi-bryhady-35-oa-vvo.html By June 3, 2022, the UN recorded 124 cases of military rape in Ukraine https://news.un.org/ru/story/2022/07/1427382

Our project does not count cases of military Russian femicide in Ukraine, as it believes that this is the area of Ukrainian feminist projects. Since the foundation of our femicid.net project, we have not considered and do not consider femicide in the territories occupied by Russia, such as Crimea, the DPR and the LPR.

The phenomena of war that we observe: divorces, violence, murders, denunciations associated with different views on the war in Ukraine. They concern both families in which the husband and wife are from Ukraine or Russia, or couples in which both spouses are Russians, regardless of social and economic status. Russian men commit war-related crimes against unfamiliar women as well. A few examples:

On June 8, 2022, the son of film producer Alexander Rodnyansky, economist Alexander Rodnyansky Jr., after 14 years of relationship, broke up with Russian actress Yanina Studilina. As Studilina told<…>, everything was not going well with Rodnyansky even before the start of the war in Ukraine. However, the Russian invasion of Ukraine, which Studilina called “the latest events”, put an end to their marriage.

“13.07.2022 Sergei O., a 37-year-old resident of Rublyovka from the Gorki-10 cottage village, contacted the police. The man reported his wife Yulia. According to him, the 29-year-old wife criticizes the special operation and this has a bad effect on the child. The wife herself is Ukrainian and originally from Kyiv, most of her relatives live in Khmelnitsky. In a statement to his wife, Sergei indicated that Yulia expresses an anti-Russian position and sets her son up against the Russian government. The police are investigating.”

17.6.2022 “I have nothing to lose — I have to go to war in a week …” — in the Tver region, a contract soldier raped and killed a young girl, while trying to rape a corpse the next day — he was detained by the police. This chilling story happened yesterday, June 17, in Likhoslavl, Tver region. Not far from the village of Mishki, the body of a young girl born in 2003 was found. By all indications, the girl was raped and killed.” https://t.me/tverskey/2182

4 . Femicide in the families of Russians associated with government and business.

There were at least two cases of femicide in families associated with the Russian political, financial and information field. The second case does not fall into our statistics, since it occurred in Spain and is taken into account by the project feminicidio.net.

19.04.2022 In the city of Lloret de Mar (Girona, Spain), a Russian millionaire, ex-deputy chairman of the board of directors of NOVATEK, Sergey Protasenya (55 years old, worth 400 million euros) hacked to death his 53-year-old wife with an ax and stabbed his 18-year-old daughter to death, while they slept. Then he hanged himself. https://www.lavanguardia.com/vida/20220421/8211035/hombre-mato-hija-mujer-lloret-millonario-ruso.html

Both top managers worked for many years in key positions in structures directly connected with the inner circle of the President of Russia. In both cases, versions of a political murder are being studied, and not intra-family femicide, however, in this case, the status of female victims will not change — they are victims of femicide, family or “in the line of fire” (murder of witnesses).

22.06.2022 in the village of Kutuzovo near Moscow, Ilona Portnykh (51), a former adviser to the chairman of the board of the Russian Development Bank, was beaten to death by her husband, she was also a member of the board of the bank. The killer is a hereditary counterintelligence officer and a well-known businessman, Alexander Ukhal (55) https://www.kp.ru/daily/27409/4606362/ Ukhal is from Ukraine. His father Arzen was the deputy chief for political affairs of the higher courses of the KGB of the USSR in Kyiv, then headed the SBU branch in Zakarpattia, and taught at Uzhgorod University for a long time. Alexander Ukhal also graduated from the high school of counterintelligence, but went to the commercial part. The man was the deputy head of the «Pivdom» company for finance. In 2019, Ukhal was declared bankrupt at the behest of the Moscow Credit Bank due to an unpaid debt of 160 million rubles. There were a dozen companies on the list of the businessman’s creditors, and during the consideration of the case, information appeared that in 2016 he sold three cars to his wife, Ilona Portnykh, using the money from the transactions to pay off the debt.” https://www.mk.ru/incident/2022/06/22/stali-izvestny-vozmozhnye-motivy-ubiystva-ekschlena-pravleniya-banka.html 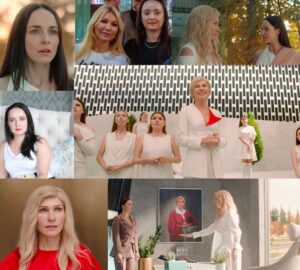 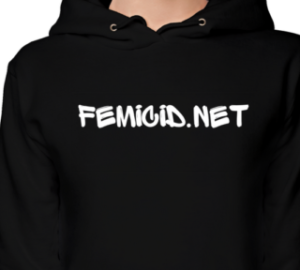 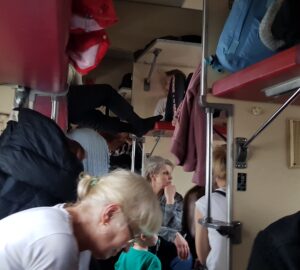