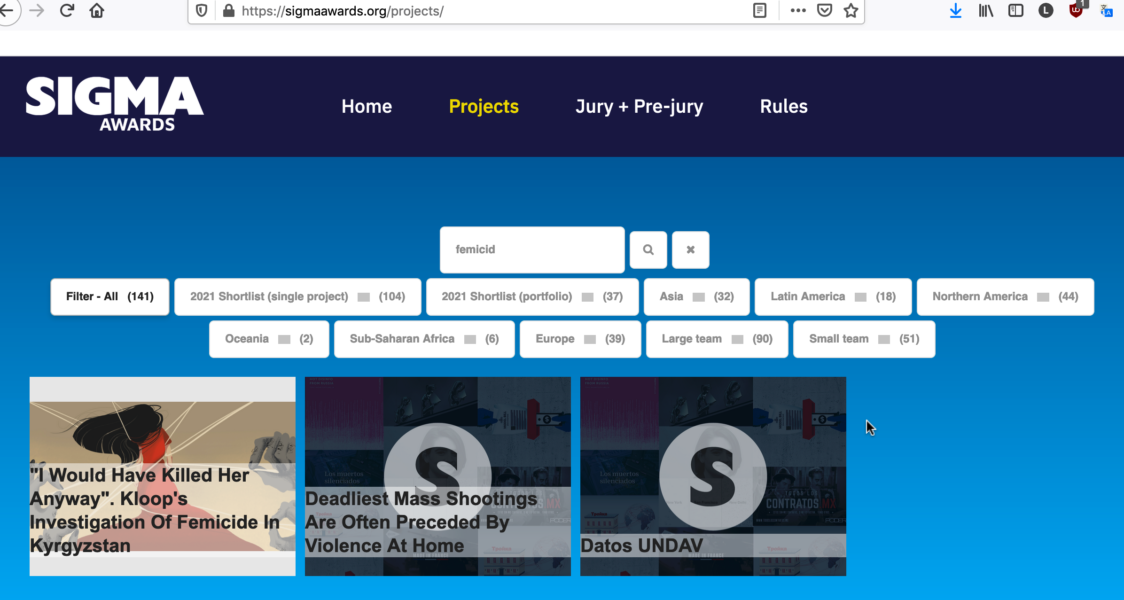 “I would have killed her anyway”. Kloop’s investigation of femicide in Kyrgyzstan

Our project investigates femicide in Kyrgyzstan. Its uniqueness is that before us nobody has ever conducted any studies on women’s murders, what are the patterns of those murders and what are the grounds behind femicide in the country. Using the data we collected from various sources, we proved that women’s killings are the primary consequence of systematic domestic violence. Women are rarely being murdered outside their home, and the majority of murderers are their intimate partners. Our project tells the stories of women, provides an open-source database of femicides available for download and describes the policy response from the state.

Our project is not just the data-journalism project, but a complete comprehensive research. The impact of it includes:

In total we spent 6 months on the project.

What was the hardest part of this project?

One of the main difficulty was to analyse each murder to comply with the femicide criteria. The database was created from scratch, we had to constantly update it every time a new detail of the murder was found.

The other difficulty was that any official statistics on women’s murders is not publicly available. We were struggling with bureaucracy to send inquiries to the Ministry of the Internal Affairs, The General Prosecutor’s Office etc. and to get replies from them. The Ministry of the Internal Affairs does not want to connect domestic violence to femicide and they have completely denied our interview requests and ignored us.

It was also quite difficult to research the topic in general, because there are no experts in the country on femicide. We had to extensively search through the literature, find international experts to make sure we understand the topic and can explain it to our audience in a simple and intelligible way. The Kyrgyz society is a conservative and has a traditionalist culture, therefore anything that contains the prefix “fem” is immediately rejected.

However, we believe that we had overcome this and did our job very well.

What can others learn from this project?

We believe that our methodology is well-developed and journalists are welcome to use it for monitoring femicide in their countries. The methodology can be used by any beginner data-journalist.

We also encourage journalists to use our femicide database for writing their own stories. The database we created, contains full description of the location and date of the murder, the age of both victim and murderer, their initials, the type of a femicide, relation of the victim to the murderer, injures, type of punishment etc.

Despite the wide prevalence of femicide in the world, not every country recognizes it as a separate problem. Legislation in Central Asain countries, for example, does not distinguish murders of males and females. We however find it especially important that femicide should be introduced in legislation as a separate term, because the causes of women’s killings are completely different and are based on existing gender stereotypes and discrimination. We hope that our project can help journalists and other stakeholders to start systematically researching femicide and introduce it widely in their narratives.

We believe that telling about the problem is one of the ways to solve it. 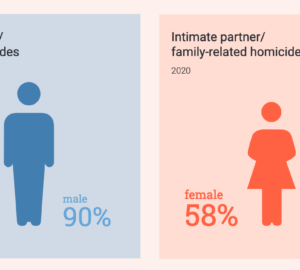 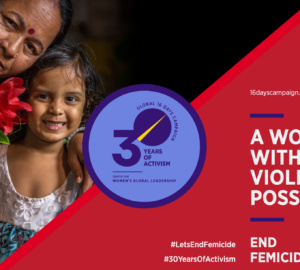 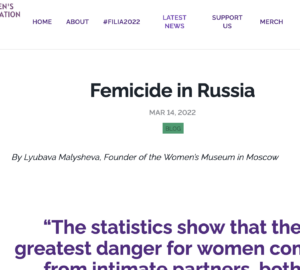